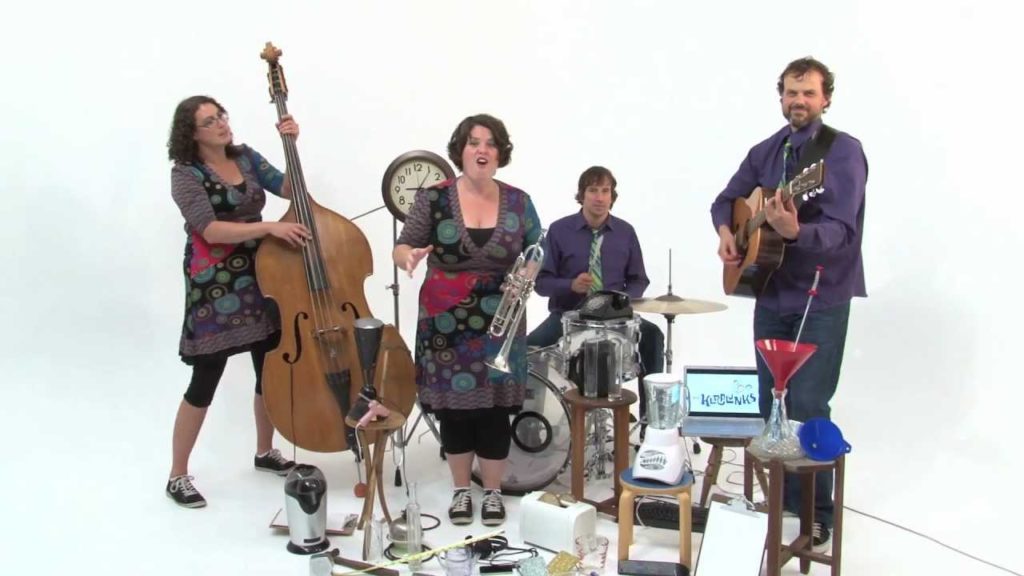 Posted by The Kerplunks !
November 6, 2011Technology

“Technology” by The Kerplunks! Brought to you by the Applied Science Technologists and Technicians of BC. Techno party, robot dance!

To make things work in the world today
We relay on technology in many ways
Designing and building and making things go
Technologists are folks who run the show
Talking ’bout Technology!

I look around and see my home is running smoothly
Clocks and toasters, lots of gadgets all around me
My music player and a blender to make smoothies
Lights are on so I can see
We’re talking ’bout Technology!

Phones and internet are really useful systems
Electricity and water, we all use them
Roads and transit and handy transportation
The word out on the street is
We’re talking ’bout technology!

Who builds the spaceships to Mars? Technologists!
Who invents all the electric cars? Technicians!
Who sees the systems of stars?

There are people who improve the world we live in
Technicians are smart, they know where to begin
Their ideas often lead to great inventions
All together we will see
The pieces of Technology!

I see the stars on a super clear night
Hoping one day my spaceship will take flight
With robot pilots, we’ll go the speed of light
Just you wait and see
The future of technology!